After two glorious days in Munich (München) and the most beautiful car ride I’ve taken, my parents and I arrived in Zurich, Switzerland this afternoon. Apparently, Zurich was ranked by Forbes as the best place to live in the world, and the country scores highest for quality of life. Both, places I didn’t know much about, these two cities have already exceeded my expectations.

1. Mercedes are as common as Fords. From taxi cabs and city buses to construction trucks and passenger vans, the Benz is everywhere.

2. I have not seen one homeless person on the streets. Instead, stringed-instrumental musicians make their presence known on the sides of the street.

3. Beer is practically the same price as water.

After living in a turbulent (yet lovely) city as Chicago, I’ll admit these charms have proved refreshing. But even though visible suffering is absent and financial security is achieved with a Swiss bank account, these cities do find their roots in the same fallen, broken world. In fact, I’m not convinced the people here are as happy as they seem. Walking back to our hotel tonight, we walked along the less-populated path by the river, across from people taking drugs and stores selling sex…a needed reminder of reality.

I leave for Basel, Switzerland on Friday where I will be picked up from some Black Forest staff. Until then, I will be exploring Zurich in all her historic beauty. Until next time.

Wiedersehen! (Check out some pictures of Zurich below) 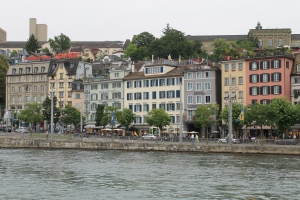 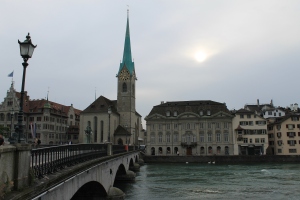 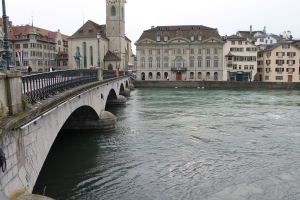 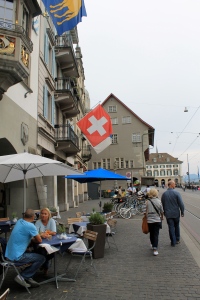